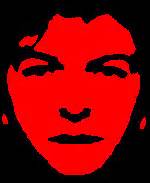 In the world of internet movie reviews there are none more infamous than Dr. Blood. The master of the Blogger review site Dr Blood’s Video Vault, Dr Blood is known for being a hard reviewer that does not let recent trends alter his opinion.


Also, the host of the podcast The Bloody Podcast, Dr Blood goes no holds barred in his opinions on films and the horror community.


It is Horror Bob’s Blog’s pleasure to present this no hold barred interview with the man himself, Dr Blood.

Horror Bob: Where did you get your pen name, Dr Blood?

Dr Blood: From the British horror movie “Doctor Blood's Coffin” (1961). I'd never seen it at the time and assumed that it was a vampire movie. It turned out to be Frankenstein subgenre movie, but I kept the name anyway because it's British like me. 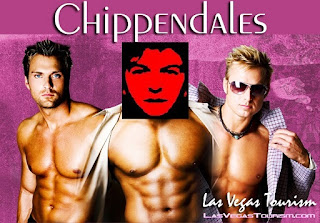 Dr Blood: The facetious answer would be “horror movies”. If I hadn't watched so many, I wouldn't have started writing about them. Seriously though, it was the lure of money, sex and fame.

Horror Bob: When did you start reviewing films? Where?

Dr Blood: In the very early '90s while I was still at University. I was one of the lucky few who had my own computer (an Amstrad 1512 PC), so just for my own benefit, I started making a database of horror movies that I'd seen. In 1994, I was offered my own column in a vampire fanzine. 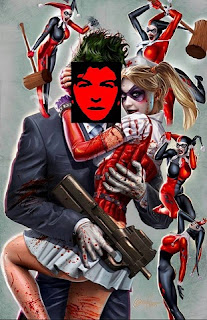 Horror Bob: Tell us a little bit about your time at Horrornews.Net.

Dr Blood: I wrote half a dozen movie reviews for them and then moved on. They used to have some crazy rule about a having a minimum word count of 650 words, and most of the movies I review can be summed up in one or two expletives.

Horror Bob: Who was your favorite writer at Horrornews.Net?

Dr Blood: I don't remember his name, but I'm sure it had “Necro” and “666” in it. I didn't read anything on there regularly though.

Horror Bob: What is your favorite era in horror?

Horror Bob: Which do you prefer the Universal monsters or the Hammer films version of them?

Dr Blood: Hammer. Universal's movies are too tame and dated due to the censorship by the Hays board or whatever it was called. I also prefer my movies in colour. 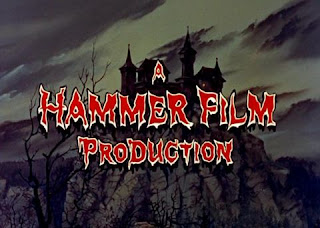 Horror Bob: What is your theory of why the Universal monsters died out?

Dr Blood: World War 2 happened. After people encountered the horrors of war and had their loved ones returned to them in boxes or with bits missing, a bunch of former stage actors in silly costumes wouldn't be very scary. Also, Universal had sequelled those characters to death and people were bored with them.

Horror Bob: Which version of Dracula by Universal do you find better the English version or Spanish that was shot at the same time?

Horror Bob: Of all the Japanese giant monster films which is your personal favorite?

Dr Blood: The only ones I've ever seen are the Godzilla movies where it's two guys dressed in costumes fighting each other. I don't have a favourite because I don't like any of them.

Horror Bob: What is your favorite ghost film? Why?

Dr Blood: It used to be “The Haunting” (1963) but the Nell character irritates me. Having only watched “Spectre” (2006) fairly recently, it's now a tie between that or “The Orphanage” (2007) because I fancy Natalia Millan and Belen Rueda equally.

Horror Bob: What is your favorite exorcism film? Why?

Dr Blood: “Constantine” (2005). It's just so good! Lots of action, Keanu Reeves is so damned cool, and Tilda Swinton is outstanding.

Horror Bob: Is there a “found footage” film you find tolerable? Why?

Dr Blood: “[Rec]” (2007), because it's Spanish, has a nice looking girl in it and it's kind of different. Basically, it's “Demons 2” (1986) with handycams, but it's acceptable and it it doesn't make me want to throw-up from motion sickness.

Dr Blood: Disgrace. I've only seen his two “Boogeyman” movies and I hated both of them. I can't imagine that he's done anything better.

Horror Bob: Who is your favorite horror director? And why?

Dr Blood: Robert Wise, because he wasn't only a horror director and he brought his skills learned in other genres with him.

Horror Bob: Who is your favorite horror author?

Dr Blood: The late James Herbert. I read everything he wrote as soon as it was published apart from the very early novels which I read 4 years later. I started reading his books when I was 8 years old.

Dr Blood: I love it! I can't get enough of it! It still hasn't gone far enough to satisfy me, although I'm sure it's already gone way too far for the censors.

Horror Bob: What is your opinion on remakes?

Dr Blood: I like most of them, but I don't love them or anything. I prefer the remakes of all the Asian horror movies because I can't tell who is who in the originals. I don't care if that sounds racist, it's just the truth. I can't even get my head round their names. I also think that the “Night of the Demons” remake is the best remake ever! I hate the original movies but I love that one!

Horror Bob: What makes for a good horror film?

Dr Blood: Characterization, scares, boobs, and blood. A good story and characters you can empathize with are the most important parts otherwise there's no catharsis.

Horror Bob: Who is your all time favorite horror host? Why?

Dr Blood: Elvira. Being English, I've never actually seen her do her thing... but dem boobs!

Horror Bob: What is your opinion on fan films? Why?

Dr Blood: They're great, just so long as I never have to see any of them. Honestly, they are utter crap with no talent and no production values. Plus they are unoriginal, unimaginative, and best suited to someone's private home video collection rather than ever seeing the light of day.

Horror Bob: What is your opinion on fan fiction?

Dr Blood: Pretty much the same as my opinion of fan films. I have no interest in it.

Dr Blood: They're the same, yes. Unless it's somebody writing out a movie that they've just seen in their own words. I'm not really sure what a fan script is. I assume they're all shit though.

Horror Bob: Is there an indie actress that you enjoy?

Dr Blood: I can't think of one other than Bruce Campbell. I prefered him as Autolycus in “Xena: Warrior Princess” though. Does Tim Thomerson count? I like him too.
Horror Bob: What is your definition of “Scream Queen”? 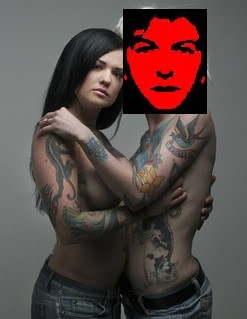 Horror Bob: What is you opinion of The Suicide Girls?

Dr Blood: Ugly, dirty, skanky, wannabes. Not for me.

Horror Bob: It is well known that you dislike Women in Horror and Comic Book Divas. What you’re your major reasons for this dislike?

Dr Blood: Their hypocritical use of feminism when it suits them really pisses me off. They throw out all the buzzwords, but you know they don't believe in any of it any more than anyone else. One minute they are playing the slut to sleaze their way into things which they don't have the talent for, the next, when they aren't getting their own way, they are playing the victim card to get attention. The truth is, women aren't an “oppressed and exploited minority” in the horror industry. It's probably the other way around in most cases. Men have a much more difficult time getting anywhere than these women do. 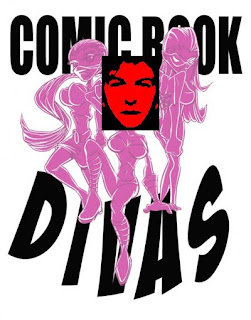 Horror Bob: The Twisted Twins, like or dislike? Talented or not?  Why?

Dr Blood: I'm indifferent to them. I don't think they are very talented except at playing the system, but they put so much effort into it that it also begs the question of whether or not they would get anywhere if they didn't. I don't think either of them would be successful based on innate talent so they've chosen to saturate social networks and conventions with their presence to get known. I really don't know much about them even so.

Horror Bob: What is your opinion of  horror conventions? Why?

Dr Blood: Overpriced, rip-off, indoor yard sales full of sweaty, overweight, basement-dwelling neckbeards, has-been actors selling their signatures, bootleg DVDs, and attention seeking cosplayers who want to be in the movies. Why? Because I've seen how conventions have changed since the days when they were really swapmeets for the fans by the fans. Conventions have become a money-making racket and are appropriately named as “cons”.

Horror Bob: What is it you think is bringing down the horror community? Why?

Dr Blood: Women in Horror Month. Also, the “hobby horror” crowd with their shitty no-budget camcorder movies have upset the applecart too.

Horror Bob: What do you think of the concept of horror unity?

Dr Blood: It's never going to happen. There are too many cliques., and there always have been. That's just human nature and it won't change.

Horror Bob: How many cheese burger sliders can you eat before passing out? An estimate.

Dr Blood: I don't know about passing out, but I can probably only get through 5 out of a pack of 6 before their blandness is more than I can tolerate. They're only little though. I could probably eat 87 or so if they tasted of anything. 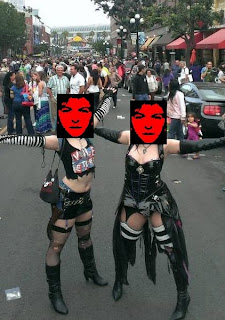 Well that is it for this interview. Horror Bob's Blog would like to thank Dr Blood for taking the time to answer our questions