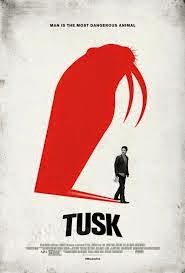 Well, with every Tom, Dick, and Dummy putting up best of 2014 lists, I thought I would put up one of my own. After all in many ways I’m way more qualified to do this than a lot of these kids and horror nasties out there. At least I’ve studies every era of horror, unlike others who are stuck in the 80s. Now some of these are not from 2014 but it was this year I saw them. So if you have issue with this, stuff it…. So here we go starting with number 10….

10. The Barbadook
I have to say this film had plenty of atmosphere. Though it was made in Australia it has the feel of a Spanish film like those of  Guillermo del Toro. Also to this film’s advantage is it has the most annoying child performance of the year. It was brilliantly acted by the boy in question, because by the end of the film you wanted the kid to die horribly. On top of that you have those lovely tramatic moments where you remember the fear of your closet or what is under your bed…Awesome…

9. The Dead 2:
This is the sequel to another favorite zombie film The Dead. This film takes place in and you have new characters and a new army of the dead to our poor main character to fight through to get to his pregnant girlfriend. Shit it’s zombies and it’s good.

8. Djinn
This is a film that very few people got a chance to see but should have because it is awesome. If you love films like Night Watch and Day Watch you will love this film. God created three races…The Angels made of light, humans which are made of earth, and a third race made of fire known as the Djinn. In every generation of humans there is one man can keep the balance and keep the Djinn at bay.  Well written and well executed.

7. Odd Thomas
This is a fantastic adaptation of the first novel in Dean R Koontz’s popular supernatural series.

6. You’re Next
I know people are going to scream “That film came out in 2011!” I say fuck you. I saw this film in 2014. This is a superior slasher film that is full of plot twists. Nothing better than that…

5. Starry Eyes
Nothing I love better than films about Faustian deals. In this film the leading lady makes such a deal for fame and fortune…Good shit. Also this film has humor, depth, scares, and heart. As I say again….Good shit….

4. Inflicted
This is an incredibly well done film. Wonderful use of POV aka  found footage. An original take on a vampire. Finally good characterization. Good shit indeed.

3.The Taking of Deborah Logan
This is a fantastic possession film that explores the idea of mental illness as well. As well it takes advantage of the POV/ found footage style.

2. Big Bad Wolves
This film from sports excellent character work, a very disturbing plot about a child murderer, as well as plenty of gritty gore….

1. Tusk
My number is of course Kevin Smith’s trek into body modification horror. This film is fantastic because it combines disturbing horror, with amusing characters, and of course Smith’s ever present commentary on society. For me this is truly the best of the best for this year….

Other Films I loved that didn’t get on the list:
Sharknado 2
Godzilla
The Conjuring
Insidious 2
Bad Ass Spider

Oh, Hell No that is fucking nasty films I saw in 2014:
See No Evil 2
Black Dahlia Haunting
Truth or Dare (The Jessica Cameron crapfest)
ABC’s of Death 2
VHS Viral
Leprechaun Origin
The Hospital

Biggest Fuck Ups in Horror:
The Soska Sisters
Jessica Cameron
Vince McMahon (After all he hired The Soskas)