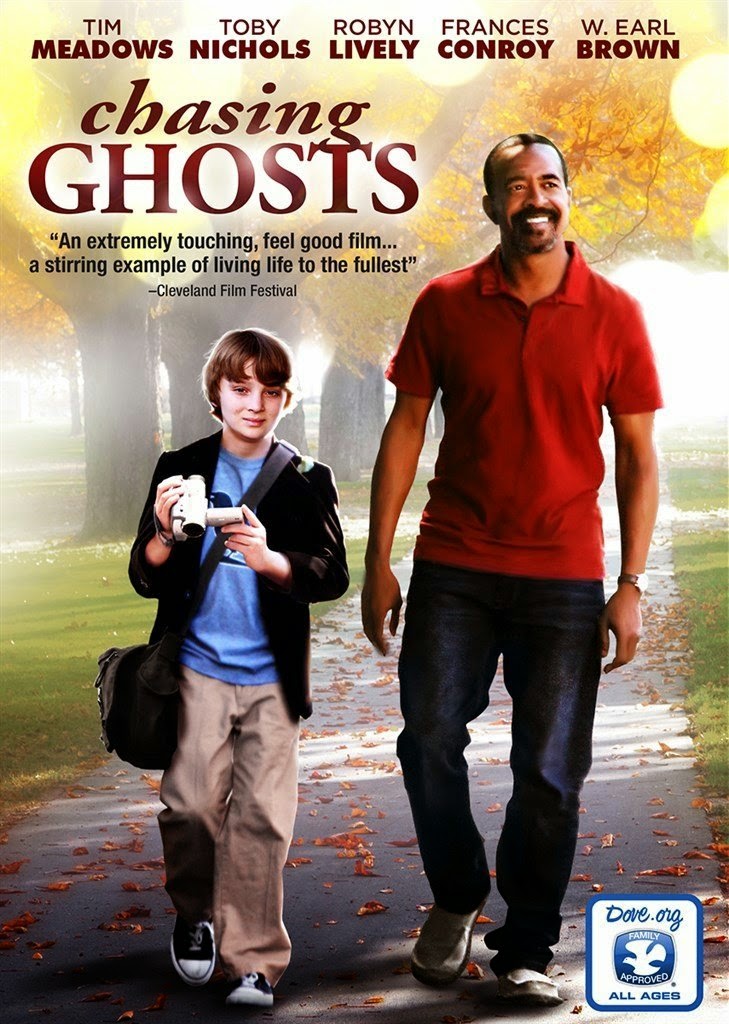 I just finished watching a wonderful film titled Chasing Ghosts. No it is not a horror movie or a paranormal drama. It tells the story of a young boy who is grieving over the death of his older brother. He is obsessed with death and as a hobby films funerals and posts them on YouTube. During one of his filming sessions he sees a misty figure behind the widow. Not really thinking about it he posts it and moves on. The next day he finds he has had thousands of YouTube hits. He becomes an unlikely celebrity. His father thinks of this as a way to make money. Then the kid meets a man who had died and had been brought back and an incredible friendship is started.
This is a wonderful film and explores the subjects of life, death, grief, and moving on. It is a film I highly recommend to people who are tired of the para-dramas and scary CGI monster ghost stories…