Commentary: What is in a Moniker? 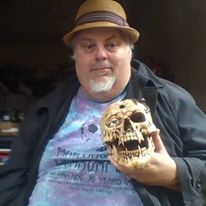 Commentary: What is in a Moniker?
By William Pattison
For Horror Bob's Blog

Ok, here is something I’ve wanted to get off my chest. It seems that a minority of people in horror have an issue with me using the moniker King of Splatter Punk. Well, whiney bitches here is what I have to say on this….too bad. A guy I knew years ago started calling me that. I was reluctant to take on the moniker, at the time because I was calling myself The Harlan Ellison of Friday the 13th, which I still do on occasion. Of course, I also call myself The Alpha Wolf of The Wolf Pack and Shogun of The Wolf Pack.
The point I’m getting at is monikers are meaningless. They are just cute little names people, especially in entertainment use with a tongue in cheek. Look around you people. How many tattooed girls with website that have been extras in films, or if she is lucky had a short speaking part, call themselves Scream Queens or Queen of Horror. How many Kings of Horror are there out there. My buddy Al Omega calls himself the Alpha and Omega of Horror. More power to him.
A few people say I can’t call myself on my shows The King of Splatter Punk because. David J Schow and some of his friends invented the sub-genre of Splatter Punk. I say if David wants to fly banners calling himself King of Splatter Punk more power to him too, but I really don’t think he cares. David is more interested in doing the work of writing and getting the pay than giving himself gray hair over a mere moniker. Nope, it is just a few narrow minded, petty, nitpicky jackasses out there that make a mountain out of a mole hill and waste their time writing page after page on how I can’t call myself The King of Splatter Punk. Sorry, this is William Pattison, King of Splatter Punk, The Harlan Ellison of Friday the 13th, Defender of Horror, Alpha Wolf of The Wolf Pack, and Shogun of The Wolf Pack saying get a life….